7: The Six Wives of Henry VIII 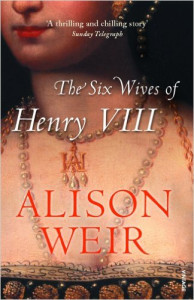 After watching a season of The Tudors, I was intrigued and felt I had to know what was historically accurate and what was fictional in the TV show.
The Six Wives... is an accessible history book, and a page-turner in its own right. Half of it focuses on Catherine of Aragon and Anne Boleyn since they are/were Henry VIII's most significant wives.