15 The Sense of an Ending 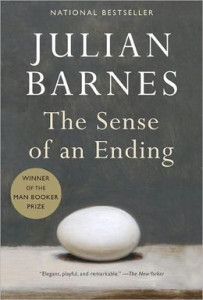 The Sense of an Ending won the Man Booker Prize in 2011.

An old man reflects on his youth, and specifically his friendship with Adrian, and the latter's suicide.

What a wonderfully-crafted novel! Julian Barnes managed to gradually build a multi-layered plot that I would not want to spoil in anyway. All I can say is that Tony, the narrator, is one of the most memorable unreliable narrators I've ever read.
This is clearly a book that needs to be read a second time, and it is perfect for a group discussion as it is a puzzling and haunting story.
Since The Sense of an Ending is a reflection on memory and how we view the past, some have argued that it is better to read it when middle-aged or older. I'm 24, but an old soul, and I found this book very meaningful.