Three books read this month!  I tend to do more even with my schedule, but I spent a lot of this month applying to graduate schools.  The FAFSA and taxes are next. =.= 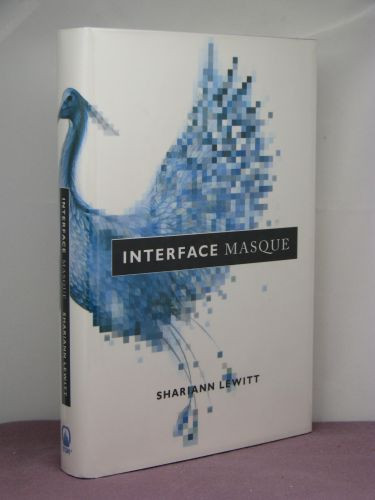 Interface Masque - Shariann Lewitt - 350 pages, finished January 4.
This book I read while schlepping on my couch/French hooker bed, slowly recovering from end-of-2012 food poisoning.  Venetian powerplay meets jazz meets the radicalized futurized Interwebz of 1997; with a dash of aliens.  While I'm not especially familiar with the cyberpunk genre, I think this book may qualify.  A lot of it takes place online, which as envisioned in this story is sort of similar to getting "on to" the web as portrayed in, say, Futurama, and the web becomes the the site (pun shamefacedly intended) of espionage between competing information behemoths.  Intrigue and terrorism (one of the supporting characters being obviously based off of the IRA) abound, with a dash of romance in the less obvious place, which I liked. 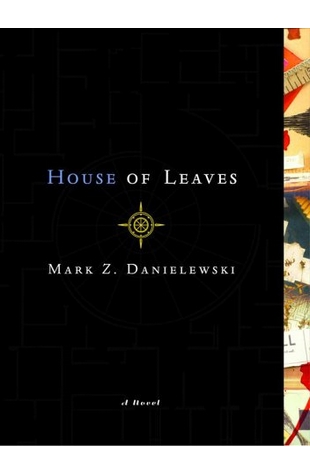 House of Leaves - Mark Z. Danielewski - 709 pages, finished January 15
I've heard a lot about this book from friends and other people who've read it, and those who haven't, due to its interesting and sort of intricate formatting.  While I have read a couple of books with similar unorthodox formatting, none were so committed or dependent upon it as this one; however, the intimidation disappeared as soon as I realized that a lot of the random whirlies and italics squares et cetera were continuations of arbitrary citations and the like.  I Alexandered its Gordian knot, so to speak, but I did appreciate the construction overall.  The Navidson Record was interesting (I really liked Tom and Reston), but I preferred reading the content of Johnny Truant's rambling footnotes, which sort of reminded me of The Heroin Diaries meets Catcher in the Rye, or something like that.  I would definitely read more work by this guy, and to those who've read this one in particular: Whatever happened to Johnny Truant? 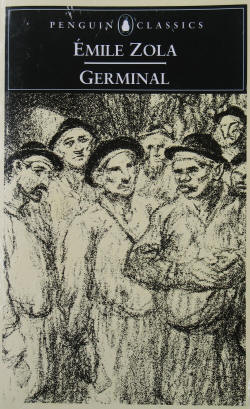 Germinal - Emile Zola, trans. Leonard Tancock - 499 pages, finished February 1
The first book to bring this brick-gazed reader close to weeping on multiple occasions in years.  I kissed it when I finished.  It was endearing without being propagandist; and brutal, but everyone pushes forward (hence the name, a springtime month in the French Revolutionary calendar, and also invoking the word "germinate").  Zola points out the hypocrisies, jadedness, or naivities of the bourgeois class without vilifying anyone--in fact, he even gives one of his more superficial hip "republican" characters, that mocks the miners, a touching scene wherein that same character leads the rescue party after a cave-in in the mines.  Likewise, his book is very much with the workers, who are the heroes, but are also drunks, gossips, have sex with and/or rape each other in the fields before they even hit puberty, circumstantially materialist (e.g. the Company shot my husband, but I'll go work for them because there's X amount of mouths to feed that can't work for themselves), and all-around writhing in generations' worth of pent-up frustration with life.  I might venture that Zola is something of the Nikos Kazantzakis of the Second Empire, and I will definitely be seeking more of his works.