Sauron Defeated: The History of The Lord of the Rings, Part Four by J.R.R. Tolkien and Christopher Tolkien

Rounding out the tale of how The Lord of the Rings was written, with the final chapters in Mordor, the rejoicings after, the Scouring of the Shire, the end it now has, and his intended epilogue, where much that got relegated to the appendices about future history was put into a conversation between Sam and his children over the age of five. (Several below had already been packed off to bed.) Much less flexibility than in the first volume, as the plot builds up steam.

Then it's filled out with some stuff he worked on about this time. The Notion Club Papers contain very little about even Middle Earth, and I skimmed most very lightly, and then a bit about the fall of Numenor.

A lawyer with a secret life finds out her little sister has one too. 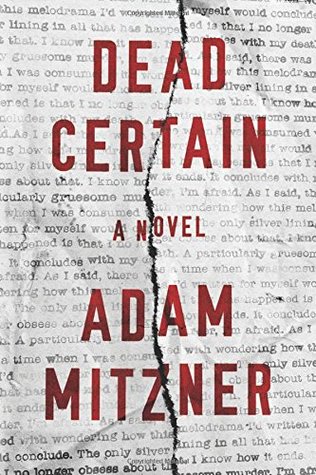 By day, Ella works as a buttoned-up attorney on some of the city's most grueling cases. By night, she pursues her passion for singing in the darkest clubs of Manhattan.

No one knows her secret, not even Charlotte, the younger sister she practically raised. But it seems she's not the only one in the family with something to hide. When Charlotte announces she's sold her first novel, Ella couldn't be more thrilled...until she gets a call that her sister's gone missing.

Ella starts investigating with the help of Detective Gabriel Velasquez, an old flame in the NYPD, and what she finds is shocking. If art imitates life, then her sister's novel may contain details of her real-life affairs. And any one of her lovers could be involved in her disappearance.

Desperate to bring Charlotte home, Ella works through her list of suspects, matching fictitious characters with flesh-and-blood men. But will it be too late to save the sister she only thought she knew?


Also by Adam Mitzner: My review of A Conflict of Interest.