Conversations of Socrates by Xenophon

Plato was not the only one who wrote about Socrates.  And this gives a rather different view. . . .

authornwolf at Book Review: Advent of Dying by Sister Carol Anne O’Marie
Finding her loyal secretary Suzanne Barnes murdered outraged Sister Mary Helen.  Even more appalling, her murder occurred during Advent, a time of high expectations for the birth of Jesus Christ.  No one knows who could have murdered Barnes, and no one know much about the reclusive victim.  Thus, finding the killer depends on knowing Barnes’ past.  As Sister Mary Helen launches her own investigation, she discovers that the quiet young woman had led a troubled life that followed her many miles to San Francisco.

Meanwhile, Kate Murphy-Bassetti grapples with deciding whether to become a mother or continue being a detective.  Her husband Jack Bassetti longs for a baby and hopes his wife will share that vision.

Using vivid details, Sister O’Marie illustrates the winding streets of San Francisco, the fickle winter weather, plus the juxtaposition of a mother who gave up the baby she loved and a mother who has every opportunity to keep her baby. 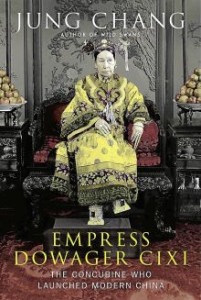 A biograpy of the woman who ruled "behind the veil" for decades.

Years ago I read Anchee Min's novels about Cixi, Empress Orchid and The Last Empress, and absolutely adored them. So I felt it was high time for me to read a proper biography.

Jung Chang is the acclaimed author of Wild Swans, but she's been heavily criticized for the controversial arguments in this book. Cixi is traditionally seen as an evil empress whose pride was the cause of many lost battles. Yet Chang sees her as a revolutionary ruler.

As I'm far from being an expert in Chinese history, it is difficult for me to have an opinion about the issue, but after a bit of research on the internet, I realized Chang is not the only researcher who seems to defend her. So are the arguments as controversial as some claim? Not sure. 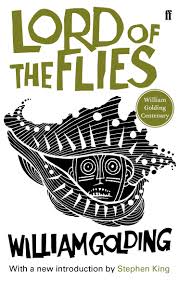 Following a plane crash, a group of young boys find themselves on a desert island without any adults.

I'm glad I finally got around to reading this classic. Lord of the Flies is a solid commentary on human instincts, violence, and leadership. While it can be a little tedious to read  an entire novel written the way children speak, Golding's story is powerful precisely because it deals wit children.

This is the third installement of In Search of Lost Time. 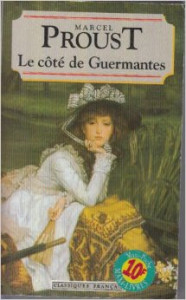 The narrator is now fully a part of Parisian society, where politics and art are discussed in the most fashionable salons.

This third volume is the most political so far, as the Dreyfus Affair is discussed everywhere the narrator goes. The shallowness and hypocrisy of the aristocracy are also starting to reveal themselved to the narrator, who becomes increasingly disappointed with society.